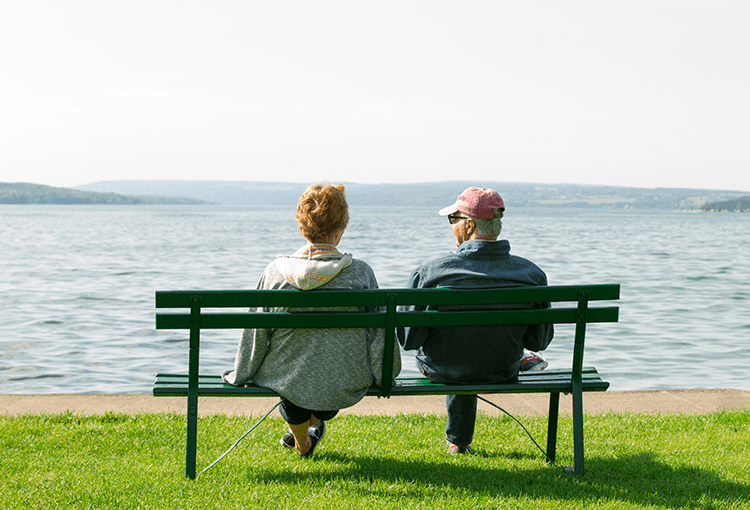 David and Susan were aged 67 and 66 and had been retired for four months. Their pensions were covering their basic living costs, and they had around £30,000 in savings. They were looking to boost their income.

David had an additional pension fund through his previous employer which was worth £70,000. The annuity rates they were being offered were poor and offered little protection for Susan. The couple were also worried about dying before they had had their money back; their children would therefore not be able to benefit from the money.

What did we do?

David and Susan decided they wanted to withdraw the fund and put it in the bank to allow themselves the odd treat. This would also enable them to keep some of the money safe for their children to benefit from in the future.

After discussion, it emerged they were both suffering with health problems and that, above all, they were looking for certainty. We found enhanced annuity rates for them, greater than those being offered by their current provider, whilst also securing guarantees (100% spouse and 100% value protection).

David and Susan now have the security of a guaranteed income for life, as well as a guarantee that they will get at least the value of their fund back.

Susan is now protected and, should anything happen to them both before they had had the value of the fund paid out to them, their children will benefit. David and Susan now have the peace of mind they were looking for.

What do our clients have to say?

I have been a client of Taylor McGill Financial Services since 2014. At that time, I had a number of annuity style pensions, both private and company, which I wanted to transfer into a single drawdown facility. Daniel contacted the trustees of the funds to expedite a speedy and cost-effective reassignment and professionally dealt with the significant red tape required to do so very effectively. Since then I have retired and have found Daniel is always very prompt and attentive when I require funds. I find our regular meetings very informative, both in terms of aligning my drawdowns to my specific requirements but also in terms of understanding tax-efficient vehicles for future investments. All in all, I have found Taylor McGill and Daniel Taylor in particular, very professional and easy to work with. I am very happy to be their customer. Sean, Ravenshead A client since 2013
On my retirement, over ten years ago, my lump sum was invested in a low-risk portfolio which had been making satisfactory gains but was not actively managed. I have no aptitude for picking stocks and shares, but I need to feel that the right decisions are being made in regard to the placing of my financial resources. Recently I became the beneficiary of a bequest in the form of a percentage of a pension pot. I had no idea as to how to proceed with this sum and the legalities which attached to it. Daniel Taylor of Taylor McGill provided all the information I needed to make choices and guided me through the steps needed for the transfer of funds, taking note of my attitude to risk. Also, at my request, he examined my original portfolio and made sure that it will be held in a tax-free ISA. Throughout these meetings, he had relevant information at his fingertips and was able to answer my queries, either then or later, online. I am very satisfied with the service I received. Barbara, Suffolk A client since 2017
We have been using Taylor McGill as our financial advisers for approximately thirty years. Originally it was Simon who provided the advice, and latterly his son Daniel has taken over our portfolio. We have sought advice on pensions, ISAs and other financial transactions. We have always been more than satisfied with the advice received and have recommended them to several of our friends and colleagues. Being a small, family firm, we are seen by the same person each time, whether this be for our annual review or on any occasion when a need or query has arisen. We know the partners very well and we’re very grateful that we do not have to endure constant changes in personnel. They are always readily available, and we like the personal touch. Terence and Mollie, Nottinghamshire A client since 1991
I have been trading with Taylor McGill since the mid-1980s and continue to be very comfortable with their business attitude and product recommendations. Initially they took great care and time to understand our business, its structure and needs. Not only do I get first-class service from Taylor McGill, but over the years they have constantly monitored (and moved, if necessary) my investments and pensions as new legislation requires in an ever-changing market place. Steve, Leicestershire A client since 1991

If you’d like to speak to our advisers, please fill in your details below.